The Habitat 67 structure is not only one of the most iconic pieces of Montreal architecture, but truly one of the most iconic pieces of modern Canadian architecture. Alongside Buckminster Fuller’s geodesic dome which now stands as the Biodome, it is one of two remaining creations from Montreal’s famed 1967 World Expo. SLUG’s Nicole Gent, of Balgonie, Saskatchewan, was inspired following a recent trip visiting relatives in Montreal, and has managed a faithful recreation of the structure in microscale, and it does a wonderful job of capturing the intricacy and detail of its counterpart.

The Federal government saw Expo 67 as a great opportunity to showcase Canada to the world, and what better timing than on the 100th anniversary of Confederation. Although Expos may not quite hold the level of relevance they once did, Expo 67 was a massive draw, and saw an estimated 50 million people visit Montreal, which was then a city of some 2 million people in a country of somewhere near 20 million at the time. 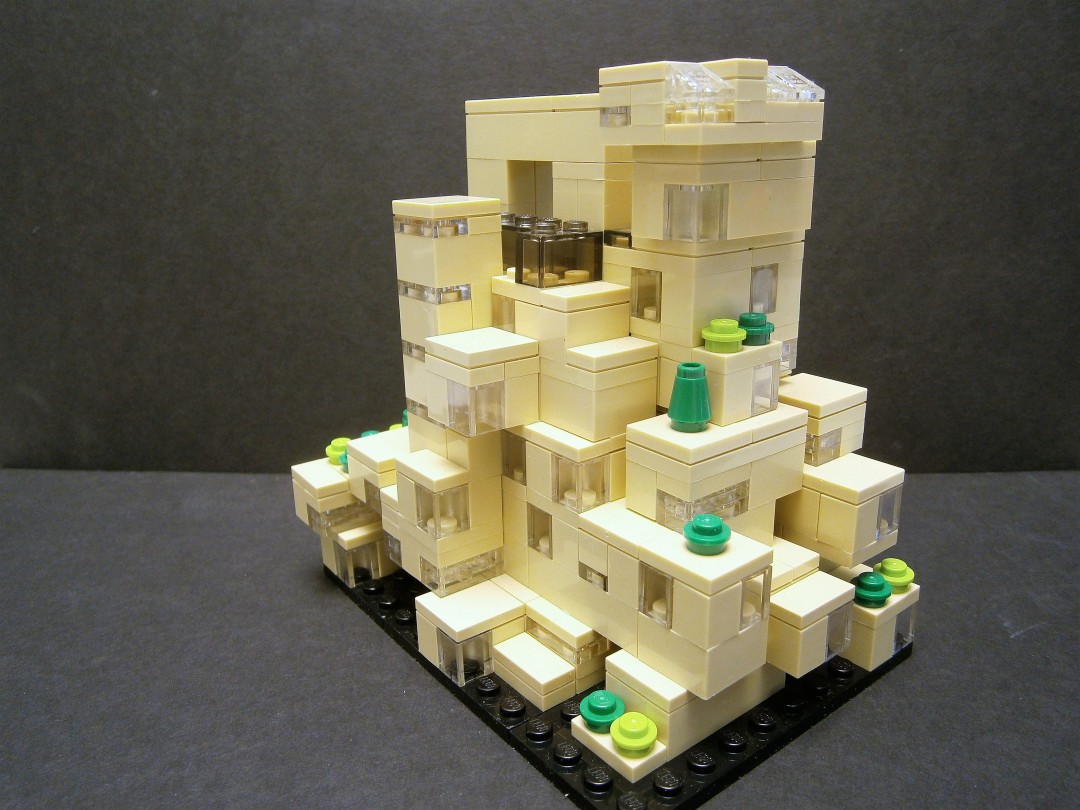 Moshe Safdie, an aspiring Israeli-Canadian architect studying at McGill, designed the Habitat 67 project as part of his thesis on developing homes that would help integrate organic forms while being able to be mass produced and pre-fabricated. Following his graduation later approached about the design by one of his thesis advisers, who thought he should submit it as a proposal for a pavilion for the fair. The application was successful, and Habitat 67 highlighted for many the ingenuity of Canadian design and inventiveness.

Although there were originally plans to re-purpose the structure as low-income housing, the cost to complete Habitat 67 proved much higher than anticipated, and so they were sold off afterwards to help cover the costs. The total scale of the project was also cut back by nearly tw0-thirds, from 950 modules to 354. These 354 modules are combined into different apartment layouts throughout the project, with apartments ranging from two to five modules, totalling 148 apartments all together.