One of the many iconic images of Newfoundland life is the vision of brightly painted houses, lined up in a row. These homes are scattered across the city of Saint John’s, and builder Christopher Ursu of SLUG was inspired to build this model after viewing a painting by Canadian artist Barbara A. Clark.

The practice of colouring homes in bright, vibrant paints is a practice shared across many coastal cities, and often with different origins. In Saint John’s, the story is often told to tourists that the tradition began with making the city appear brighter to fishermen and ships during foggy weather. 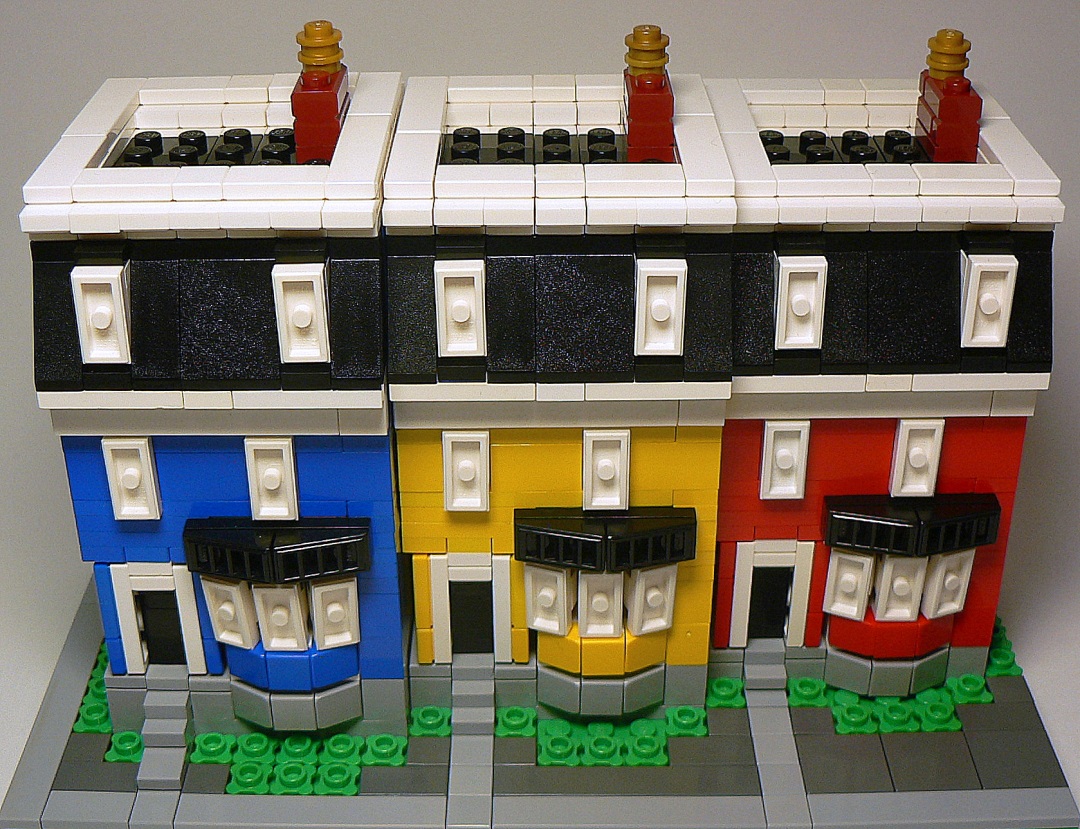 But that story is actually nothing more than that – a story. The truth is that these homes were painted this way in the 1970s in an attempt to revitalize the downtown core and attract tourism. Rumour has it that painting these houses has now become a bit of a fun challenge for many residents of the city to find new colours that both complement the other houses while also allowing the building to stand out. Regardless of the origin, the Jellybean Houses of Saint John have been effective at highlighting Canada’s unique architectural landscape.