As Canada’s railways were constructed following Confederation in 1867, people riding those rails needed places to stay.  Railway companies began constructing hotels at or near their train stations, using what is now referred to as a chateau-style or ‘chateauesque’ style of architecture. Jeff Van Winden (jeffvw) from WHaCKoLuG has put together a fabulous micro build of the Royal York Hotel, Toronto’s Grand Railway Hotel, and for a ‘microscale’ model, this building is anything but micro! 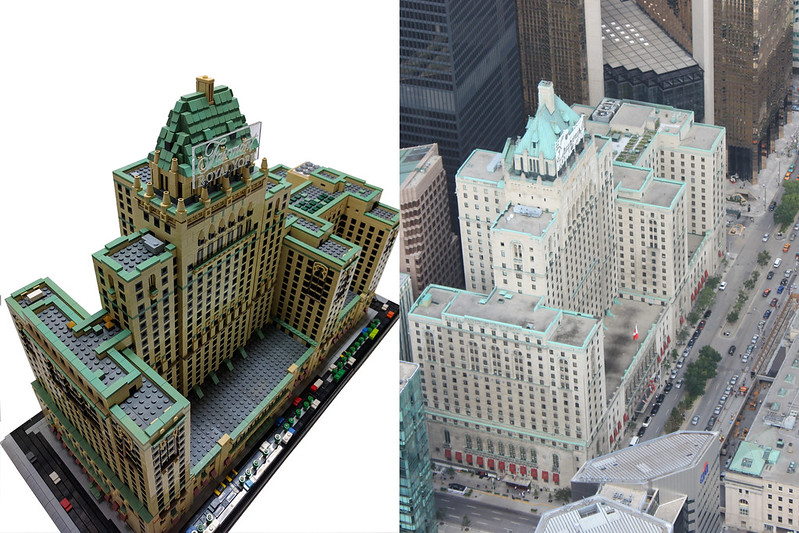 All across Canada, you can find hotels in this chateau-style, from the Empress Hotel in Victoria, to the Fort Garry in Winnipeg, to the Chateau Frontenac in Quebec, to the Nova Scotian in Halifax. The chateau-style Grand Railway Hotels serve as a unifying architectural experience across Canada, with many having played hosts to prominent guests, and often designed with specials suites to accommodate royalty. 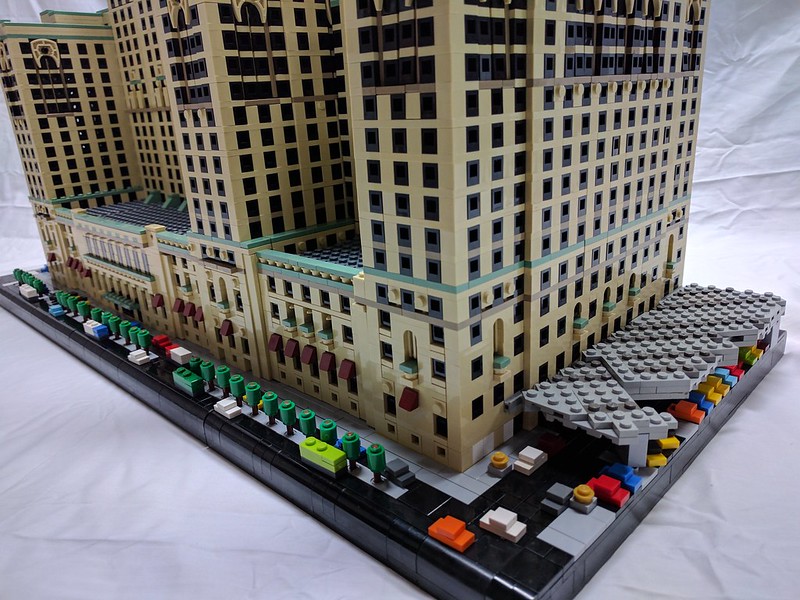 One of the later Grand Railway Hotels, the Royal York Hotel was constructed by the Canadian Pacific Railway directly across from Toronto’s Union Station. The hotel benefits from how mature the chateau-style architecture had become by the 1920s. When completed in 1929, it became the tallest building in not only Toronto, but in all of the British Empire. In fact, this height is part of what drew Jeff to the building:

“I was looking for an architectural model to build in micro scale as I have never built a large scale micro model, (and) I have always liked the look of the Fairmont Royal York hotel.  When I learned that it was the tallest building in Canada … not to mention a Canadian landmark, I decided to take the challenge.” 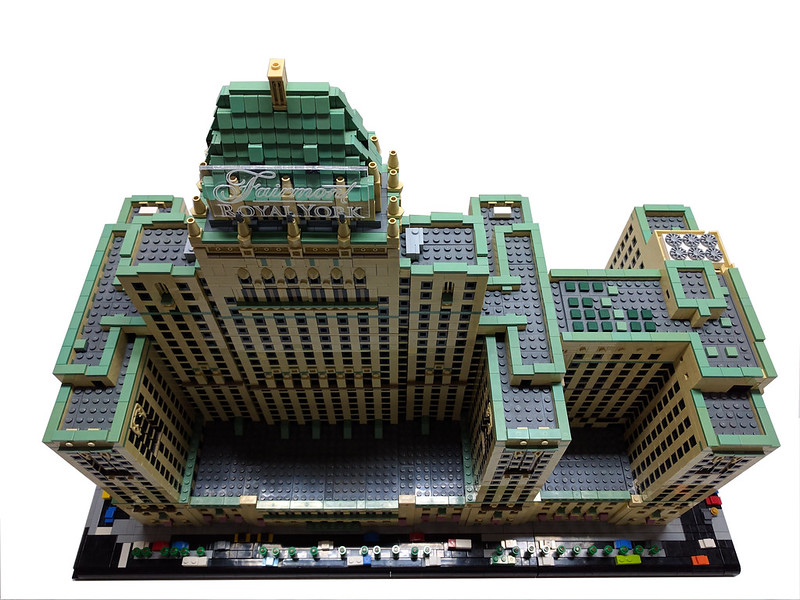 Of particular note is the custom-printed “Fairmont Royal York” marquee on the facade of the building. Although not a standard LEGO-piece, Jeff commissioned it to be 3D-printed by Canadian company Jealous Panda.