The Height of Canadian Architecture

One of the most prominent modern structure in Canada, the CN Tower is the tallest tower in the western hemisphere, and at over 553 meters, currently stands as the 9th largest structure in the world. Completed on June 26, 1976, the tower’s notoriety has grown over the years as it has established itself as a significant tourist landmark and icon of not just the city of Toronto, but for the entire nation. Chris Abrams of MBLUG in Manitoba has put together this whopper of a LEGO model, standing at over 2 meters tall – a size that only seems small in comparison to the real tower itself.

The city of Toronto saw rapid growth in the 1960’s, with many skyscrapers and tall towers erected throughout the downtown core. This rapid growth did well to serve the burgeoning demands in the city, but created havoc with local telecommunications. A plan was put in place to erect a new, state-of-the-art telecommunications tower that would meet the city’s television and radio needs. The Canadian National Railway crown corporation spearheaded the development, redistributing land from their underused railway maintenance yards located at the foot of the city.

In planning for the tower to be a future-proof structure and anticipation of Toronto as a developing metropolis that would see more skyscrapers, it was decided that the tower should be built in a fashion to meet these needs. As design continued, it was realized that, with a few modest changes, the structure could become the tallest in the world.  This would continue as to bolster of national pride following Canada’s centennial celebrations in 1967, and transform the tower’s design from that of a simple communications tower to that of a tourist hotspot, complete with observation deck, restaurants, and discovery. 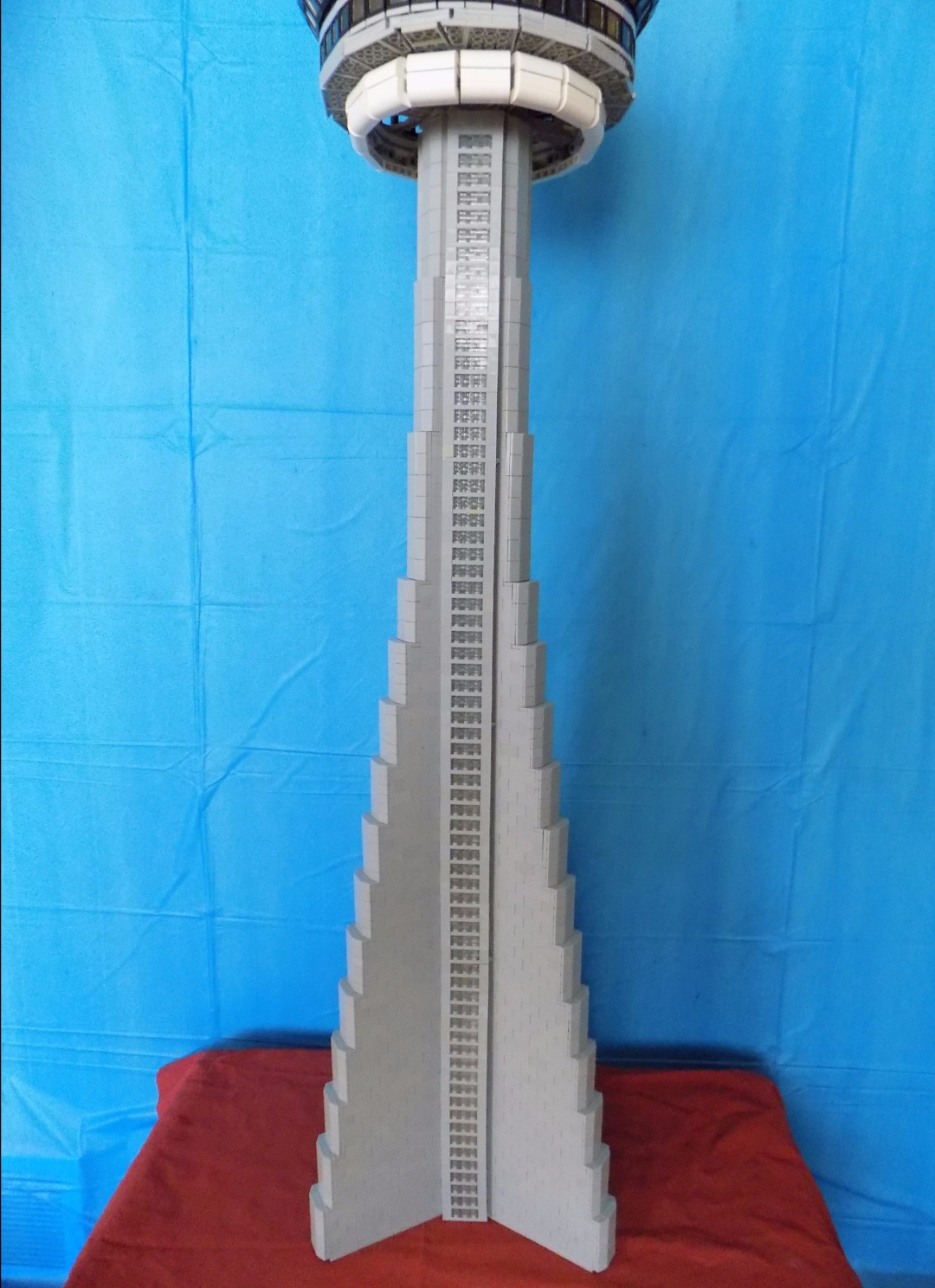 Much has changed since the tower’s completion – the area around the tower, once barren, has grown to become the heart of a tourist hotbed in downtown Toronto, all anchored by the tower. The tower remained the tallest structure in the world for over 20 years, and still holds many distinctions and records – with some of the more obscure being the highest restaurant in the world, longest metal staircase, the highest wine cellar, highest glass paneled elevator, and the highest external walk on a building. In 1995, the tower was labeled as one of the Modern Seven Wonders of the World by the American Society of Civil Engineers. As of publication, this date marks the 41st birthday of the tower – Happy Birthday, CN Tower!