Though not an official national symbol. the Canada Goose holds a unique place in Canadian history and identity as one of our most ubiquitous animals – and of course, it doesn’t hurt that it has the name Canada in the name. Noel Straatsma of Barrie, Ontario has managed to put together a pretty pair of life-sized models (with a nice little flag for a background) that took over 20 hours for him to design and build. 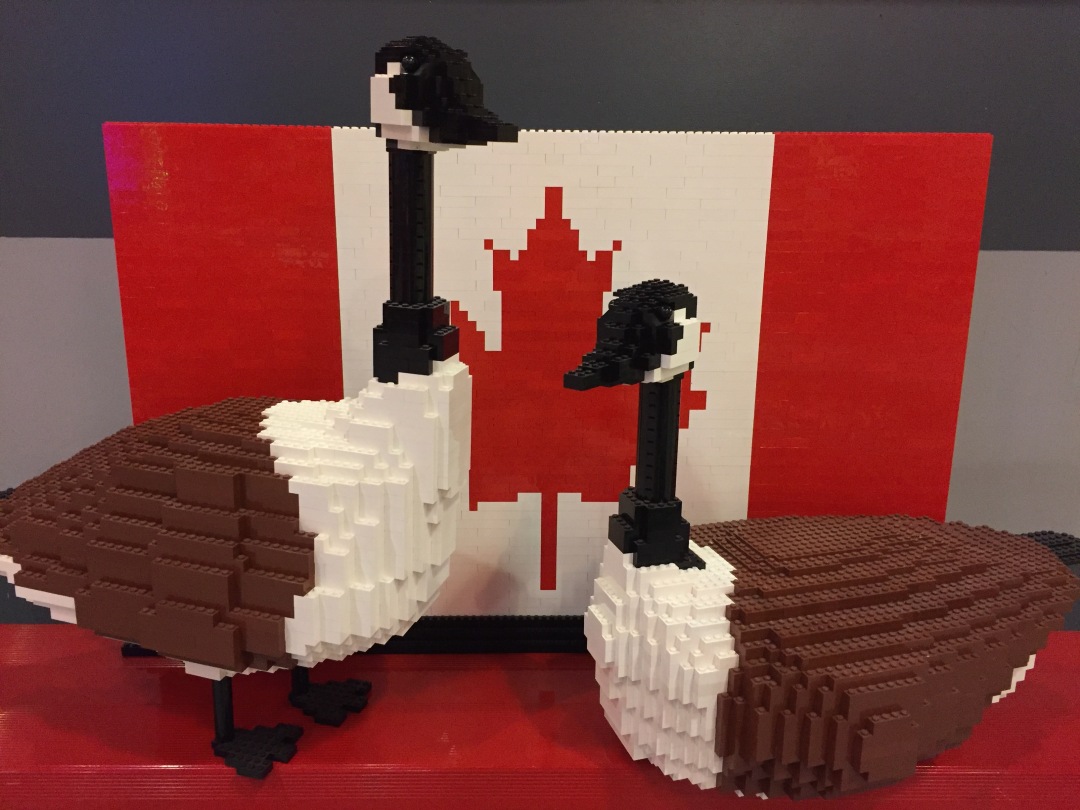 The Canada Goose has been a part of folklore of many peoples of Canada, including the Algonquin, Inuit, and the Dene, amongst others. In fact, to this day in many northern communities, the Cree refer to their typical spring break as ‘Goose Break,’ in recognition of the tradition of hunting animals (including geese) during the spring season.

The Canada Goose also earned the distinction of being a part famed Swedish biologist and taxonomy pioneer Carl Linneaus’ 1735 landmark work Systema Naturae, in which he invented a new Latin word to classify it – canadensis, meaning from Canada. This tied the Canada Goose to one of the first scientific references to Canada.

Currently estimated to number over 7 million, the Canada Goose has been able to proliferate so broadly because of its adaptability. Part of this is due to the bird’s relationship with humans, which, combined with milder winters, has changed the natural migratory pattern of the Canada Goose. This has resulted in large numbers of geese no longer following their natural migratory patterns, and planting roots in urban areas where they are able to scrounge and scavenge for food.

Other interesting facts about he Canada Goose: they are one of the largest species of goose in the world; are monogamous; live between 10-24 years – with the oldest observed goose living to an age of 31.