The Breaking of the Sword 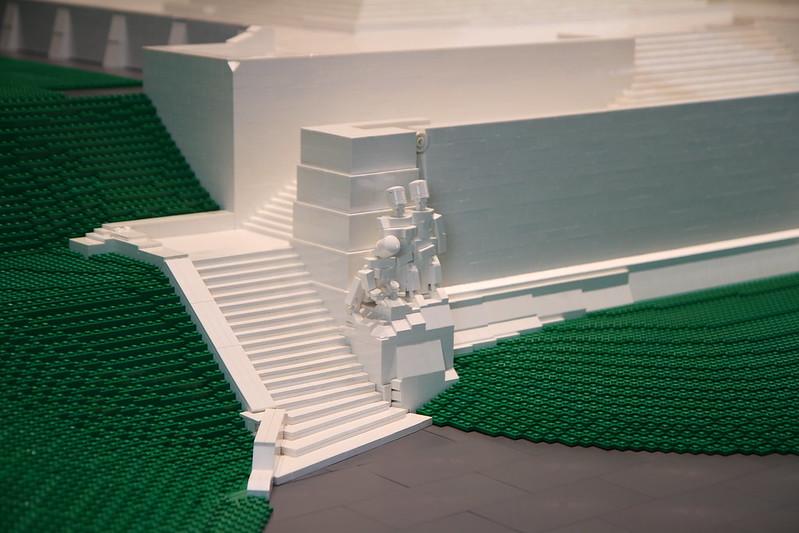 Located north of the city of Arras and just west of the city of Vimy, the area surrounding what would become known as Vimy Ridge had been hard fought for the entirety of the First World War. The Germans captured the territory in 1914, and both French and British forces spent the following years, and hundreds of thousands of wounded and casualties, entrenched in a grueling battle for what was deemed a decisive piece of territory.

At the end of 1916, the four divisions of the Canadian armed forces serving in Europe were deployed together for the first time, arriving at Vimy Ridge in anticipation of a renewed offensive push. The eventual Battle of Vimy Ridge took place beginning on April 9th, 1917. What would transpire on over the next few days was unprecedented, as three of the four Canadian divisions quickly made their target objectives, and by the evening of April 12th, the site at Vimy had been claimed by the Canadians – though at a loss of over 10000 Canadian casualties. 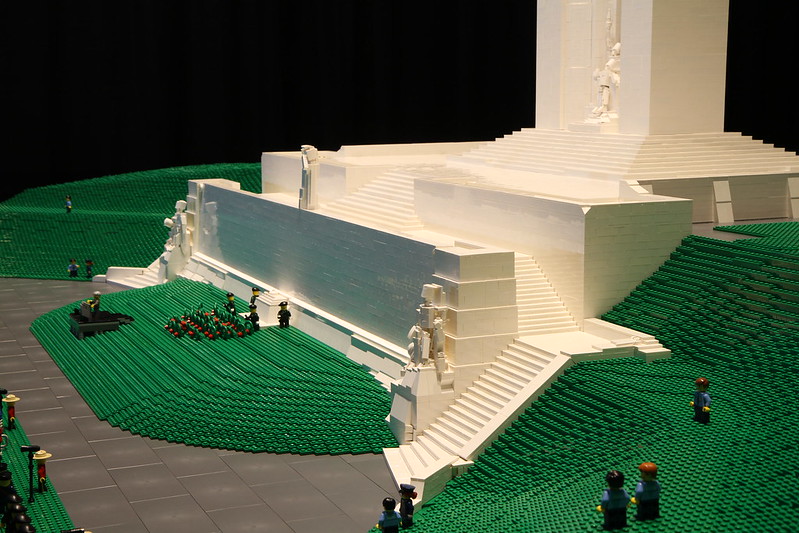 This victory had an immediate impact not only for the war effort, but for the Canadian psyche back home. Through the remainder of the war and the interwar period, the battle grew in legend and fame. For the first time in Canadian history, there was a significant symbol for the unification of Canada from coast to coast, contributing to the growing sense of nationalism and Canadian identity.

Following The Great War, over 100 hectares (250 acres) of the battlefield was donated by France in perpetuity to Canada for use as a designated memorial. A committe selected a monument design put forward by Toronto sculptor Walter Seymour Allward was selected, and was constructed over a period of 11 years.

Over 11000 tonnes of concrete and hundreds of tonnes of steel make up the foundation of the monument, while over 6000 tonnes of limestone from the quarries in Seget, Croatia make up the two pillars. The specific limestone was selected by Allward after an extensive search for stone that could provide the right luminescence and visual appeal, while also be able to withstand the weather of northern France.  Ultimately, Allward stumbled upon the palace of Roman Emperor Diocletian at Split, Croatia. The memorial was completed in 1936, and dedicated by King Edward VIII.

The Vimy site has been largely left undisturbed, and is now deemed a significant archaeological site. Great effort has been made to preserve the history of the site, including the original trenches, as well as the underground network of tunnels known as the Grange Subway, which the British, French, and Canadian forces used to transport supplies across their lines. There are also many sections off limits due to safety concerns, with the most treacherous due to undetonated explosives. 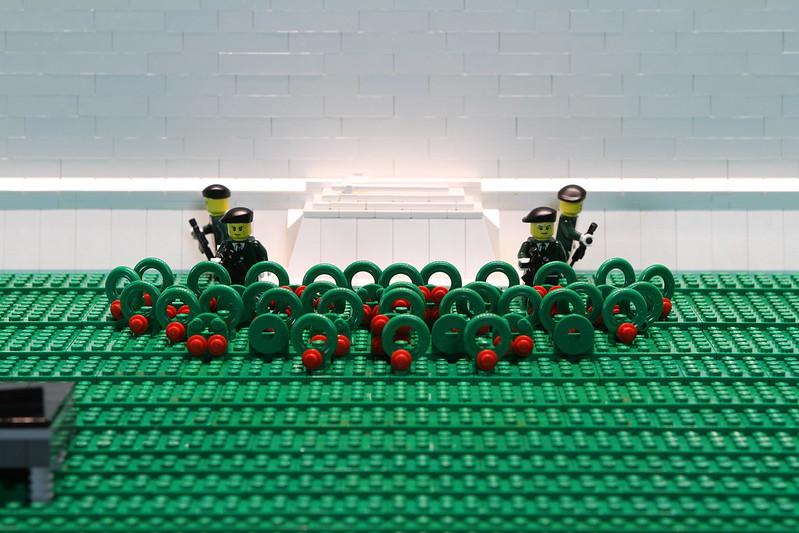 Inscribed on the monument itself are the names of 11285 Canadians killed in France whose final resting place is unknown. Design of the Canadian Tomb of the Unknown Soldier is based upon the stone sarcophagus at the base of the Vimy Memorial

The site has been home to many significant anniversaries, particularly in 1967, 1992, marking 50 and 75 years since the battle. The site was restored in 2007 for the 90th anniversary, and re-dedicated at that time by Queen Elizabeth the II. This year, in 2017, the site recognized the 100th anniversary of the battle, attended by dignitaries from around the globe who recognized the bravery and valour of Canada’s soldiers. 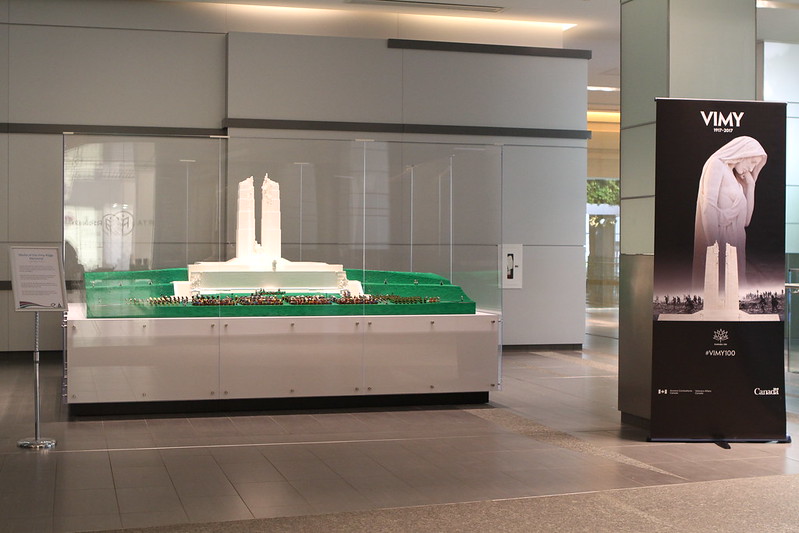 As of publication, John Koob and Chris Gray’s model can be seen on display at the Federal Building, in Edmonton.

One thought on “The Breaking of the Sword”